World Rugby has published new guidelines recommending that men who claim to be women should not be allowed to participate in women’s rugby at elite level.

Following a review, the organisation concluded that due to “safety and fairness” men should not be able to compete against women “at the top level where size, strength, power and speed are crucial for both risk and performance”.

However, national unions can be flexible in their application of the guidelines at the grassroots level, and women may compete in the men’s game.

Trans lobby group Stonewall said it was “deeply disappointed” by the decision to protect women and maintained it would “stand in solidarity” with the men affected by the decision.

But Bev Jackson, co-founder of the LGB Alliance, welcomed World Rugby for conducting “a thorough, evidence-based study and making a decision on that basis to protect safety in women’s rugby. We are very pleased that they resisted political pressure and kept to scientific facts”.

Dr Nicola Williams, Director of Fair Play For Women, added: “We now look to Rugby’s national governing bodies to follow their lead and guarantee the same protections for the thousands of women and girls who play at club level.”

Last month, World Rugby stood by its findings in the face of criticism from some academics who claimed that it was discriminatory to propose banning men from playing in the women’s game.

An official report commissioned by World Rugby showed that a reduction of testosterone “does not lead to a proportionate reduction in mass, muscle mass, strength or power” and presents a “clear safety risk”.

The research noted that biological males “are stronger by 25-50%, are 30% more powerful, 40% heavier, and about 15% faster” than women playing in the same competitive matches and estimated “at least a 20-30% greater risk” of a female player being injured if tackled by a biological male. 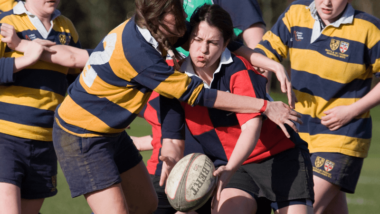