Cornerstone is seeking leave to appeal its case to the UK Supreme Court after the Court of Appeal backed Ofsted’s attempt to re-write the meaning of “evangelical”.

In 2019 Cornerstone’s fostering service was downgraded from “Good” to “Requires Improvement”, threatening its reputation and continued existence as a Christian charity.

It also took issue with Cornerstone requiring its carers to abide by its code of conduct on living consistently with the charity’s Christian beliefs about marriage between a man and a woman.

In its inspection report, Ofsted demanded that the agency abandon its religious ethos.

Supported by The Christian Institute, Cornerstone mounted a legal challenge.

On 7 July, the High Court ruled that Ofsted was wrong to try to force Cornerstone to work with non-evangelical Christian carers.

The judgment states: “Cornerstone is permitted to exclusively recruit evangelical Christian carers because of the exemption in [the Equality Act 2010] for religious organisations.” And contrary to Ofsted’s allegation, it also states that requiring carer applicants to be evangelical “does not violate” human rights law.

This confirms the freedom of Christian organisations to provide activities in line with their statement of faith.

The Judge made an Order that:

1. The Claimant’s application for judicial review is dismissed; save that the claim in respect of the Defendant’s decision that the Claimant’s foster carer recruitment policy breaches Article 14 read with Article 8 of the European Convention on Human Rights (the Convention), insofar as it requires foster carers to be evangelical Christians (the Decision), is allowed.

2.There be a declaration that the Decision was wrong as a matter of law and that the Claimant’s foster carer recruitment policy does not violate Article 14 read with Article 8 of the Convention insofar as it requires foster carers to be evangelical Christians.

However, the Court also said that Cornerstone cannot require carers to abide by its Christian beliefs on appropriate sexual conduct. The judge ruled that the exception in the Equality Act 2010 permitting religious organisations to impose restrictions on grounds of sexual orientation does not apply to Cornerstone.

This hinged on his finding that Cornerstone recruits its carers on behalf of, and under contract with, local authorities – thus depriving them of the ability to rely on the exception.

On 24 September the Court of Appeal confirmed that an evangelical foster agency can work exclusively with evangelical carers.

It also agreed that Cornerstone had suffered a significant interference with its right to manifest its religious beliefs. These are helpful judgments.

However, the Court sided with Ofsted in its attempt to impose its own definition of “evangelical” on Cornerstone, prompting the agency to seek permission to appeal to the Supreme Court.

Cornerstone CEO Pam Birtle explains why it is challenging Ofsted:

The fight to exist

In 2008 Cornerstone was contacted by the Equality and Human Rights Commission (EHRC) over its long-standing policy of only recruiting evangelical Christian foster carers, after new equality laws came into force. Cornerstone successfully responded with the help of The Christian Institute.

Shortly after, the Charity Commission also questioned its requirement for carers to be committed Christians and demanded proof that it was exempt from religious discrimination law.

The Christian Institute’s legal team helped Cornerstone draft a response to the Charity Commission and in January 2011 the regulator gave the adoption and fostering agency a clean bill of health.

The Commission noted that Cornerstone’s requirement for carers to be committed Christians was lawful on the basis that it seeks to provide a distinctly Christian-based adoption and fostering service.

Without the involvement of The Christian Institute, their legal team and their support financially our doors would have closed. Pam Birtle, Cornerstone General Manager

The Institute’s Solicitor Advocate, Sam Webster, explains the wider significance of the 2011 case:

The positive outcome in this case demonstrated that Christian organisations do not need to compromise their beliefs in order to remain within the law.

The case highlighted how important it is for Christian charities to get their foundational documents right and to apply them in practice in a consistent and faithful way. Sam Webster, Solicitor Advocate, The Christian Institute 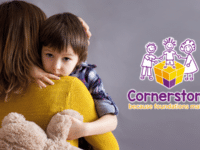 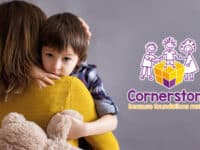 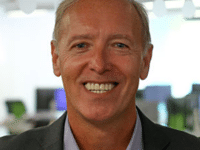 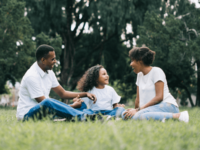 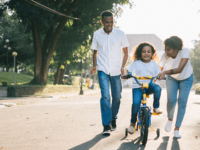