The judgment confirms the freedom of Christian organisations to provide activities in line with their statement of faith. Ofsted is now required to amend its inspection report.

It also said it was discriminatory for Cornerstone to require its carers to abide by its code of conduct on living consistently with the charity’s Christian beliefs about marriage between a man and a woman.

A judicial review of Ofsted’s actions was heard in the High Court in May.

In his judgment today, Mr Justice Julian Knowles ruled that Ofsted was wrong to try and force Cornerstone to place children with non-evangelical Christian foster carers.

He said Ofsted was “wrong as a matter of law” and “erroneous” to claim that Cornerstone’s recruitment policy unlawfully discriminates by requiring carer applicants to be evangelical Christians.

The judgment states that “Cornerstone is permitted to exclusively recruit evangelical Christian carers” because of the exemption in the Equality Act 2010 for religious organisations.

Contrary to Ofsted’s allegation, it also states that requiring carer applicants to be evangelical “does not violate” human rights law.

Under the Equality Act 2010, religious charities may restrict “the provision of benefits” to those who share their faith and beliefs. Cornerstone’s right to rely on these provisions was endorsed by the Charity Commission in January 2011.

However, Mr Justice Knowles also ruled that the exception in the Equality Act 2010 permitting religious organisations to impose restrictions on grounds of sexual orientation does not apply to Cornerstone.

This decision hinged on his finding that Cornerstone recruits its carers on behalf of, and under contract with, local authorities – thus depriving them of the ability to rely on the exception.

Cornerstone’s lawyers maintain that the decision on this point is incorrect and may appeal. The agency also strongly denies that its recruitment process is non-compliant with equality and human rights legislation.

Cornerstone’s Chairwoman Sheila Bamber said: “The judgment justifies our decision to pursue this legal action. Our right to support Christian families in providing the best possible outcomes for vulnerable children and young people has been upheld.

“But I am saddened that the fundamental place of biblically based Christian marriage in our beliefs has not been recognised. We will carefully and prayerfully consider how to continue our vocation and work to create forever families”.

The Christian Institute’s Deputy Director for Public Affairs Simon Calvert commented: “There are 305 other Independent Fostering Agencies in England. Cornerstone is the only one with an evangelical Christian ethos.

“It achieves excellent results for children and families. And now with this ruling the Court has put beyond doubt that it can continue to recruit only evangelical Christian carers”, adding that the ruling “should help protect churches and other religious bodies that rely for their existence on the protections afforded by the Equality Act.”

He continued: “However, along with Cornerstone and its lawyers we believe the judge was mistaken in treating Cornerstone as if it recruits its carers on behalf of local authorities and therefore is not covered by the equality law exception allowing discrimination on grounds of sexual orientation.

“Cornerstone is a private organisation and places children with those within its existing pool of carers. It does not recruit carers on behalf of local authorities.

“This part of the judgment suggests the court failed to recognise that Christian belief informs and shapes every area of life – including sexual ethics and behaviour.”

A decision on whether to appeal will be taken in the coming weeks.

More information on the Cornerstone case. 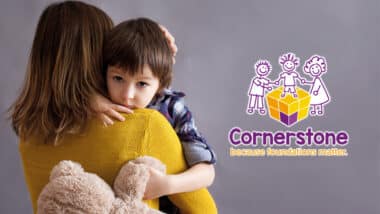