The Robertson Trust, a major player in the Scotch whisky industry, settled claims with Stirling Free Church and the Billy Graham Evangelistic Association (BGEA) after it cancelled bookings simply because they were for religious events. The Christian Institute has been assisting them in separate legal actions against the Trust.

An agreed settlement has now been reached in which the Trust admits it “acted unlawfully” and apologises to both organisations. It has also paid a substantial contribution towards legal costs.

The church’s minister, Iain Macaskill, said he was “grateful and relieved” at the outcome, adding: “Our legal action was never about financial compensation. It was about the principle.”

Our legal action was never about financial compensation. It was about the principle.

Simon Calvert, Deputy Director at The Christian Institute, said: “This settlement is another important reminder that if you discriminate against Christians for their beliefs, whether you do so in the workplace or the marketplace, you are probably breaking the law.

“Equality and human rights law firmly protects the ability of Christians to hold and express their beliefs”.

The settlement follows July’s employment tribunal ruling that The Robertson Trust had unlawfully discriminated against its CEO Kenneth Ferguson, because of his mainstream Christian views on marriage.

The Tribunal found Mr Ferguson, an elder of Stirling Free Church, was unfairly dismissed in March 2020. The Employment Tribunal is yet to decide the level of his damages.

In recent months the BGEA has notched up five legal victories against venues that have sought to block their events.

Just weeks ago it announced new event dates for its “God Loves You Tour” in the UK following settlements with three major venues. They had cancelled contracts with the BGEA due to their hostility to its beliefs on marriage. 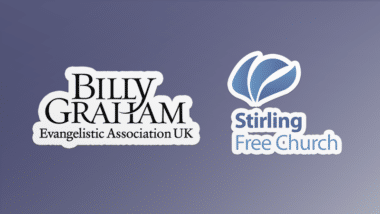