Police have raided the home of a women’s rights campaigner because she promoted the reality of biological sex.

Jennifer Swayne was detained by Gwent Police after it received several complaints alleging that she had put up posters around Newport with “threatening or abusive writing”.

She says she was detained for over 12 hours and questioned, before being released after 3am.

Officers subsequently visited Swayne’s home, removing ‘offensive’ posters and stickers, along with a copy of an academic book which rejects the notion that children can change sex.

Phrases on the material taken away by officers included: “no child is born in the wrong body, humans never change sex”, “no men in women’s prisons”, and “Woman = Adult Human Female”.

After her release from custody, Swayne claimed she had been “arrested for hate crime” and that Gwent Police had seen her as an “exceptional threat” to transgender people.

She strenuously denied allegations that she had placed “sharp objects” behind the posters with the intent of harming people attempting to remove them. She said this would be impossible, as she only had the use of one arm.

Swayne accused the force of behaving “like the Stasi” for confiscating ‘Transgender Children and Young People: Born in Your Own Body’, a collection of essays edited by Dr Heather Brunskell-Evans and Professor Michele Moore.

Co-editor of the seized book, Dr Brunskell-Evans, told The Times: “A book that has been published is in the public domain, and has been for years, and does not break the law in any way whatsoever, should be of no concern to the police.”

Writing in The Times, Jawad Iqbal commented: “It isn’t the police’s job to stop people being offended: simply being offensive is not — and should not — be an offence.

“The only offence on display in this sorry tale is the obvious waste of police time and resources.”

Harry Miller, a former police officer and the founder of the Fair Cop free speech group, said that the Gwent force’s actions amounted to “unlawful interference”.

Last year, Miller challenged the College of Policing over guidance which states that when someone claims they have been a victim of hatred, officers must keep a record against the name of the accused person, even where no crime was actually committed.

A total of 119,934 non-crime incidents were recorded by 34 police forces in England and Wales between 2014 – when the guidance was introduced – and 2019. The Court said that recording perceived offences in a police database was likely to have had a serious “chilling effect” on public debate. 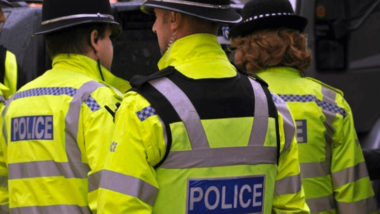