On Monday, the Court delivered its verdict on the case of former police officer Harry Miller. He had challenged the College of Policing over guidance stating that when someone claims they have been a victim of ‘hatred’, officers must keep a record against the name of the accused person even where no crime was actually committed.

Senior judges ruled that the guidance on recording such incidents unlawfully interferes with free speech, and that storing perceived offences in a police database was likely to have had a serious “chilling effect” on public debate.

In response to the ruling, the Home Secretary is writing to the College of Policing and the National Police Chiefs’ Council to set out the Government’s position ahead of drawing up a new code of practice. She will look to enshrine the code in law by amending the Police, Crime, Sentencing and Courts Bill.

A Government source said: “We want officers to focus on policing actual crime, not hurt feelings.”

We want officers to focus on policing actual crime, not hurt feelings.

Patel said: “The police will always have my backing to fully investigate hate crimes, but they must do so whilst protecting the fundamental right of freedom of expression.

“Some current practices are having a dangerous impact on free speech and potentially stopping people expressing their views. This amendment will ensure every police officer abides by a Code of Practice, approved by Parliament, when recording such allegations.”

Harry Miller welcomed the move from the Home Secretary, and said he would write to her asking for all such records – totalling more than 120,000 incidents – to be deleted from police databases.

Mrs Patel has previously indicated she would be supportive of this, saying in April this year that incidents where no crime has been committed should be removed.

At the time, a Home Office source said: “These so-called ‘non-crime hate incidents’ have a chilling effect on free speech and potentially stop people expressing views legally and legitimately. If people are found to have done nothing wrong the police shouldn’t punish them.” 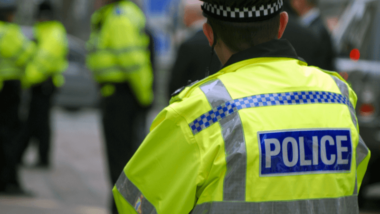