The Crown Prosecution Service has pulled its controversial LGBT hate-crime guidance for schools following a legal challenge by a 14-year-old girl.

The guidance, published in January, warned schools they could face legal action if they do not allow transgender pupils to use the toilets and changing rooms of their choice. It also claimed that children could be guilty of a hate crime for “rejecting someone”, “not wanting to work with them” or excluding them from a friendship group.

The schoolgirl, known as Miss A, said the document was distressing and she was worried that she could fall foul of the law if these standards were applied.

Lawyers representing the girl said that she “has a very respectful attitude to teachers and would easily be intimidated by an authority figure warning her of the possibility of criminal liability if she spoke or acted inappropriately”.

They added: “She greatly values her privacy and finds the thought of biological boys accessing the girl’s toilets as very distressing.”

In their legal letter threatening a judicial review, Miss A’s lawyers accused the CPS of “misrepresenting the law” and said it was “extraordinary” that “no statutory organisation with expertise in safeguarding and the welfare of children has been consulted”.

The CPS said it would temporarily remove the guidance while it conducted a review.

Tanya Carter of Safe Schools Alliance, which supported the case, said the organisation is “grateful” to the CPS for withdrawing the guidance.

She said: “While the idea that this guidance would educate students on hate crime and reduce bullying may have been well-intentioned, the effect was quite the opposite.

“We hope any other similar guidance will also now be withdrawn.”

A 13-year-old girl was recently granted permission by the High Court to take landmark legal action against Oxfordshire County Council over its controversial guidance concerning transgender pupils. The case is expected to be heard in the autumn.

The Council’s All About Me materials were part of a policy which failed to apply equality, human rights or education law correctly. 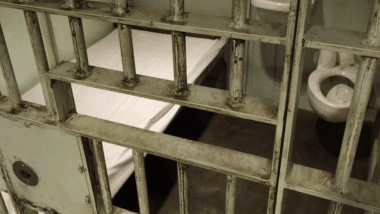