A New York parent is seeking to overturn laws which prevent them from marrying their biological adult child.

Incest is a criminal offence under New York law. Incestuous marriages are considered void, with each party facing a fine and possibly up to six months in prison, but the anonymous parent has filed legal action asking a judge to declare the law unenforceable in their situation.

The age and sex of the proposed spouses involved have not been disclosed.

The parent claims that it is a matter of “individual autonomy”, although they admit that it would be “an action that a large segment of society views as morally, socially and biologically repugnant”.

The parties have not sought to obtain a marriage licence, which requires would-be spouses to list their birth parents and swear that “there are no legal impediments to the marriage”.

The parent argues that the ‘enduring bond of marriage’ would take their relationship to a “greater level of expression, intimacy and spirituality” and claims it would “diminish their humanity” if they could not marry their child.

Last year, a city in Massachusetts redefined the understanding of family to include people in ‘polyamorous’ relationships of three or more people.

Somerville created a domestic partnership ordinance allowing non-married couples to share certain legal benefits previously only available to married couples, such as buying a house together and sharing healthcare benefits.

In creating the ordinance, legislators opted to widen the definition of ‘family’ because they said the definition – “an entity formed by two persons” – excluded those in polyamorous relationships. 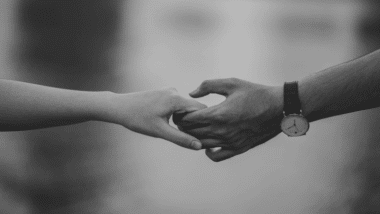 Attraction to objects not a sexual orientation, rules press regulator