The Law Commission has been accused of trivialising marriage in its proposals to ‘modernise’ the institution.

The independent body said couples should be allowed to marry wherever they like, as long as it is “safe and dignified” but put forward pubs, hot air balloons, rivers and lakes as suitable locations for weddings to take place.

In its report the Commission said the proposed changes would allow couples to pick from a wider variety of both religious and non-religious ceremonies.

But The Christian Institute’s Deputy Director Simon Calvert raised serious concerns about the implications of the changes.

He said: “The experience of the USA shows that ‘anything goes’ wedding ceremonies trivialise the marriage bond.”

Mr Calvert continued: “Wedding vows are the most important promises two people can make to each other. There is already huge freedom to add to your vows, but there are a couple of phrases required by law to ensure the commitment is genuine and legally valid.

“Surely it’s not too much to require people to formally express their intention to marry in words everyone recognises?”

The Commission is seeking public responses to its consultation before making the recommendations to the Government, which is expected to back the proposals. 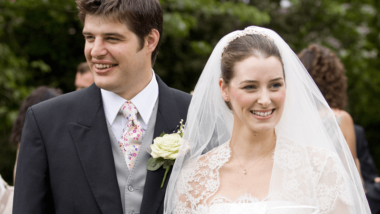