The Government should “stop pretending” that cohabitation and marriage are equally beneficial, a leading think tank has said.

A report by the Centre for Social Justice (CSJ) has said marriage delivers significantly better outcomes when compared to cohabitation, even “when controlling for income and education”.

Over the past decade, the number of cohabiting couples with dependent children has increased by over a quarter in the UK, and it is now the “fastest growing family type”.

It goes on to add, “marriage secures stability in a way cohabitation does not”.

While the CSJ did include same-sex couples in their definition of marriage, the overwhelming focus of the research was on opposite-sex relationships.

The report also talked of “the benefits conferred” by the “unique commitment” of marriage, which it says extends both to parents and wider society.

Married couples also appear to “be more engaged members of their community and more likely to talk to or assist their neighbours”, as well as being more likely “to belong to a voluntary association”, according to the report.

The think tank concluded: “The differences between cohabitation and marriage are not negligible. The government should stop pretending they are.”

England rugby international Courtney Lawes praised the report and spoke out in support of marriage.

Writing in The Daily Telegraph, the 31-year-old father of four described married life as “the strategy that has been shown to deliver the best outcomes”.

While he grew up in a stable home, his father had a son from a previous marriage who struggled following family breakdown. Lawes said this is not uncommon, pointing out that “almost one in five Afro-Caribbean fathers do not raise their children”.

“How do we help counter this trend? Maybe the answer is marriage. Getting married should mean you are making a unique public commitment to stay together.”

He continued: “Yet today so many young people seem reluctant to marry. Unmarried parents have doubtless inspired a generation who do not know what marriage means.

“There is also always the fear of a potential messy divorce – though if you’ve decided you want a child with someone and marry them, then you have decided you want to spend your life with that person. Finally, there is that slide into cohabitation – out of convenience or financial pressures, or sometimes both.”

He concluded: “In rugby, every win is down to total commitment. You cannot ‘slide’ into a game, you must be prepared to invest time and energy, you must sacrifice to play your best. Above all, you need a strategy.

“I would advise my children – and other young people – to do the same in life. Choose the strategy that has been shown to deliver the best outcomes.” 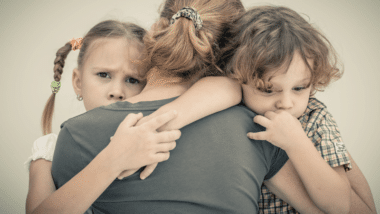