Attraction to objects not a sexual orientation, rules press regulator

Being attracted to a chandelier cannot be considered a sexual orientation, a press regulator has ruled.

The Independent Press Standards Organisation (IPSO) said Amanda Liberty’s claimed attraction to a 92-year-old German chandelier “did not fall within the definition of sexual orientation”.

Liberty had claimed an article in The Sun newspaper mocking her attraction violated the press regulator’s code of conduct banning “prejudicial or pejorative references” to an individual’s sexuality.

In December, a columnist for The Sun nominated Liberty for an award because of her publicly-stated attraction towards the chandelier.

The article highlighted that Liberty had previously been vocal about her ‘relationships’ with other objects, including the Statue of Liberty.

IPSO stated that since Liberty cannot legally marry an object, the article was not discriminatory and did not breach its regulations.

In 2014, Chris Sevier claimed US officials “discriminated” against him by refusing to let him marry his porn-filled laptop.

He said his motion was rejected because the “object of affection was outside the scope of the narrow definition”.

In 2017, a woman from California claimed to have ‘married’ a train station she said she had been attracted to for 36 years. 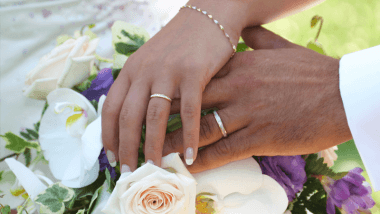