Doctors should offer advice to men on childbirth, the Royal College of Obstetricians and Gynaecologists (RCOG) has proposed.

Draft guidance published by the RCOG on healthcare provision for transgender patients includes proposals on conceiving, childbirth, ‘chestfeeding’ and hysterectomies.

The document, ‘Care of Trans and Gender Diverse Adults in Obstetrics and Gynaecology’, is open to peer review until 6 September.

According to the guidelines, individuals “should always be addressed and referred to in their stated preferences” with regard to “title”, “name” and “pronouns”.

Clinicians are cautioned against “misgendering” patients and told that “deliberate misuse of language associated with the sex assigned at birth” may cause “profound offence”.

The royal college states: “Mode of birth should be discussed with all trans men who desire pregnancy”. Doctors are also advised on how to support “trans men who choose to chest feed”.

Proposals also allow a man self-identifying as a woman “to be allocated in-patient accommodation in line with their gender presentation”.

And in April, The Walton Centre in Liverpool reportedly introduced a policy to ask men as well as women if they are pregnant, before they undergo radiotherapy or have an MRI scan.

Guardian columnist Susanna Rustin recently said that, “In an effort to be inclusive of transgender people”, healthcare providers are creating “barriers to care” for women.

She argued that recent reports of “sex-specific language being edited out of public health information published by the NHS” served as an example of “slow law”, whereby “small, incremental shifts gradually lead to bigger ones”.

Rustin urged people to resist “this anti-materialist movement, which campaigns for subjectively determined human identities to take precedence over biology”. 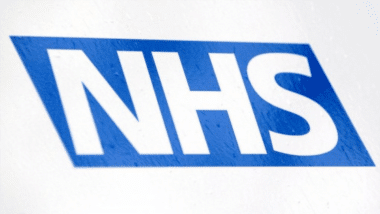