The majority of Scottish voters opposes the Scottish Government’s policy that those caught with Class A drugs can be issued with a warning instead of being prosecuted.

Of the 2,038 Scottish voters polled by Panelbase for The Sunday Times, nearly seven in ten (69 per cent) said that those caught with cocaine should always be referred for prosecution. Fewer than one in four (24 per cent) backed the policy.

Opposition was even higher in relation to heroin, with more than three quarters (76 per cent) in favour of automatic prosecution and just 17 per cent supporting the policy.

However, voters did feel that those caught with cannabis – a Class B drug – should continue to be issued with warnings instead of automatic prosecution, despite widespread evidence of its damaging effects.

Writing in The Times, columnist Clare Foges warned against the dangers of legalising cannabis, saying “the consequences of such a change would be so grave for so many people that it is essential we continue to reiterate the dangers”.

She added: “Ask the families who have watched as a once-vibrant son or daughter descends into the hell of severe mental illness, paranoia keeping them a prisoner in their bedroom. Ask the hospital doctors who dealt with a record 100,000 drug-related admissions last year.”

But last month, the co-leader of the Scottish Green Party claimed that “using drugs is not inherently dangerous”.

Lorna Slater’s remarks were labelled “astoundingly reckless” by the Scottish Conservatives Shadow Minister for Public Health, as “Scotland has the highest drug-death figures in Europe”.

Over 1,300 people died of drug misuse in Scotland in 2020, figures that are more than three-and-a-half times those in England and Wales. 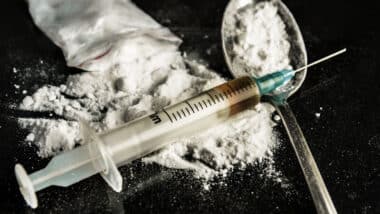