Boris Johnson has urged the police to clamp down on criminals who sell cannabis online.

Following an exposé of the trade by the Daily Mail, Downing Street also called on social media firms to take action.

The cultivation, possession and sale of cannabis, a class B drug, are all illegal in the UK.

According to the newspaper, hundreds of drug dealers are advertising and selling cannabis via Instagram, which is owned by Facebook.

“We would fully support any police action to tackle any criminals peddling illegal drugs in this manner.”

He encouraged social media firms to speed up their efforts to take dealers offline but warned that “tougher rules” for the likes of Facebook would follow.

Labour’s Shadow Minister for Education Peter Kyle described the trade, which often targets children with cannabis packaged to look like sweets, as being as “rancid as crime can get”.

He said: “From start to finish this business of selling drugs via social media has at its core the suffering of children. It would not be viable as a business without children suffering.”

In Canada, where cannabis was legalised for recreational use in 2018, online food company Uber Eats plans to offer a local collection service for users. 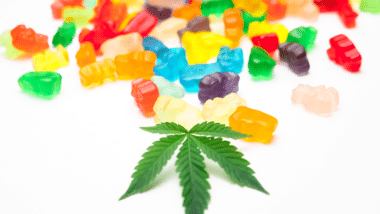