*UPDATE: Since publication of this article, the number of people to have signed the letter has risen to over 1,700. (Correct as of 10 December 2021)*

More than 700 Christian ministers and pastoral workers have called on the Minister for Women and Equalities to ensure that the ordinary work of churches is not caught by a ban on so-called conversion therapy.

The letter, authored by church leaders including Raymond Anthony Brown, Revd David Gobbett and Revd Matthew Roberts, is being sent in response to the Government’s consultation on the issue.

While it accepts the Government “does not intend this legislation to impact the normal practice of religion” it expresses deep concern “that the legislative approach outlined would do exactly this”.

The ministers said that conversion therapy is “such a bizarrely broad category”, which implies “an equivalence between calling people to conversion to Christ, which is our duty as Christian ministers, and evil and disreputable past practices which are already illegal and which Christians are the first to condemn”.

They warned that the ban set out in the consultation could make it illegal “for us as Christian ministers to persuade, to teach and to help people of every age to become, and to live as, orthodox Christians”.

The letter added: “It should not be a criminal offence for us to instruct our children that God made them male and female, in his image, and has reserved sex for the marriage of one man and one woman. Yet this seems to be the likely outcome of the proposed legislation.”

“We see in these proposals a clear possibility that our duty as ministers, of proclaiming the Lordship of Jesus Christ, and calling people to find life in him, which includes living by his laws, will be criminalised.”

The consultation closes on Friday 10 December. If you haven’t yet responded, please do so using this simple guide.

It should not be a criminal offence for us to instruct our children that God made them male and female, in his image, and has reserved sex for the marriage of one man and one woman.

Last month, the Minister for Women and Equalities and Foreign Secretary Liz Truss affirmed the Government’s stance that free speech and religious liberty should be protected under any ban.

She was responding to Labour MP Kate Osborne, who asked whether it would cover “non-physical conversion practices in religious settings, including prayer”.

Truss replied that, while the ban sought to prevent coercion, it was “also important to protect freedom of speech, the ability of adults to consent and the freedom to express the teachings” of religious groups. 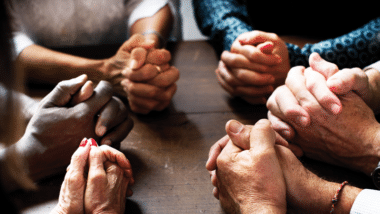 ‘Christians should get behind the Let Us Pray campaign’