This afternoon, The Christian Institute will tell the UK Parliament’s Women and Equalities Committee that protecting people from abuse carried out in the name of ‘conversion therapy’ is right, but will warn against an unjustified “ideological” extension of the planned ban that would threaten religious freedom.

The Institute will say that the current proposals which seek to ban coercive practices, are likely to enjoy broad support if they focus on punishing genuine abuse. However, calls by a small number of campaigners to drastically extend the ban to include ordinary church work would criminalise innocent Christians.

The warnings come after the official Ban Conversion Therapy campaign and its supporters said the current proposals – out for consultation – are not broad enough and should include “spiritual guidance” and even gentle prayer.

Speaking on behalf of the Institute, its Deputy Director for Public Affairs Simon Calvert, will draw attention to a legal opinion from human rights expert Jason Coppel QC.

The opinion warns that widening the ban to include prayer, preaching, pastoral work and parenting would breach the human rights of Christians.

It says that evangelism, church membership, baptism, communion, and even private prayer, could all fall foul of a broad conversion therapy law like the one passed earlier this year in Victoria, Australia.

Mr Coppel goes on to warn that such a law could put the UK in breach of its international human rights obligations.

Referring to the mainstream Christian belief that sex should be reserved for marriage between one man and one woman, Coppel stated: “The Courts have consistently regarded such beliefs as protected by Article 9 ECHR and worthy of respect as such.”

He added: “The imposition of criminal sanctions for the expression of religious beliefs to others is particularly difficult to justify in Convention terms.”

Jesus told the woman caught in adultery to ‘go and sin no more’. But saying the same thing to a practising homosexual could mean breaking a planned new conversion therapy law.

“When the campaign started we were told a new law was needed because some people had experienced electro-shock treatment and even something repugnant called ‘corrective rape’ to ‘cure’ them of being gay. These things are, of course, already illegal. The authorities can and must take action if there is evidence they are taking place in the UK.

do MPs really want to criminalise someone for saying the Lord’s Prayer with a church friend who is same-sex attracted?

“Now the focus has shifted and a few ideological campaigners are trying to persuade parliamentarians that Government plans, which will ban ‘coercive talking therapies’ and toughen sentences for violent offences, are inadequate and must go much further.

“Troublingly, they want the work of churches, including ‘gentle prayer’, to be covered by the ban. But do MPs really want to criminalise someone for saying the Lord’s Prayer with a church friend who is same-sex attracted?”

Mr Calvert will also seek to point out how the words of Christians sharing the gospel have been manipulated to attack them for alleged ‘conversion therapy’.

In particular, he highlights the case of Nelson McCausland – an evangelical Christian who once served as an MLA at Stormont and now sits on the Board of the Northern Ireland Education Authority. 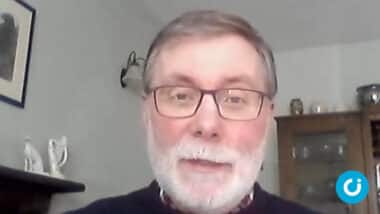 Earlier this year he used his personal Facebook page to post a link to The Gospel Coalition website. It told the story of Becket Cook, a former Hollywood set designer who had become a Christian after attending a church service – something Cook described as “a Road to Damascus moment”.

Cook previously identified as homosexual but now says he is celibate. He takes the traditional Christian view that the Bible’s call to repentance includes giving up activity that conflicts with the Christian sexual ethic. 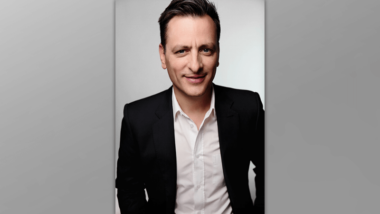 Mr McCausland quickly found himself at the centre of a media storm in which the central accusation was that he was ‘promoting conversion therapy’, despite this never being suggested in the article.

One councillor tweeted: “it is inconceivable that a board member of the NI @Ed_Authority can advocate for conversion therapy. Nelson McCausland must resign” and a member of the Stormont Education Committee even called on the Education Authority to ‘investigate’ him.

McCausland said that those calling for his resignation “must have misread or misunderstood” what he’d written. Becket Cook reacted with similar bewilderment: “I have no idea what this is about, but I have never had conversion therapy nor would I.”

Mr Calvert will seek to show the Committee that those attacking McCausland and Cook openly admit that they find it unacceptable for Cook to say, as he does, that he is “happy just to be single and celibate”.

But they not only want to verbally attack those who disagree with their worldview, which in a free society they are entitled to do. They also want to criminalise them.

He will warn MPs that campaigners appear to see a ban on conversion therapy as a way to force churches to embrace their preferred theology and pray the ‘right’ kind of prayers.

“Some want to criminalise individual Christians when they pray with friends who say they are struggling with sin. This kind of prayer support, by the way, is a routine occurrence in evangelical circles, where ‘sin’ is defined far more widely than just sexual matters and where every human being is believed to be in need of forgiveness.

“But where those prayers involve sexuality, these activists want it stopped. In their Orwellian world, Christian parents could even face criminal charges for trying to raise their children in accordance with their faith – at least when it comes to sexual ethics.

“The fact that these expressions of religion are all protected by international human rights laws seems lost on the leaders of this movement.”