The Minister for Women and Equalities Liz Truss has affirmed the Government’s stance that free speech and religious liberty should be protected from an overly-broad conversion therapy ban.

She was responding to Labour MP Kate Osborne, who asked whether the ban would cover “non-physical conversion practices in religious settings, including prayer”.

The Minister replied that, while the ban sought to prevent coercion, it was “also important to protect freedom of speech, the ability of adults to consent and the freedom to express the teachings” of religious groups.

The exchange came as the Government’s consultation on a proposed ban enters its final days before closing on 10 December.

The Government has pledged not to outlaw ‘everyday religious practices’, but the Institute has described the current proposal as “hazy” and ‘lacking detail’.

Giving evidence as a key stakeholder to the Select Committee for Women and Equalities recently, the Institute’s Simon Calvert expressed concerns at activists pushing for a broad ban, encompassing Christian parenting, prayer, preaching and pastoral care.

He said that any ban had to be “tightly targeted at behaviour that is coercive and abusive”. 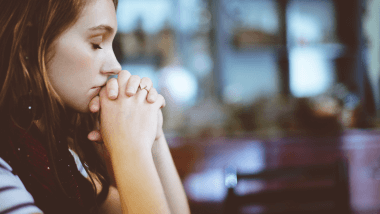