Northern Ireland’s Commissioner for Children and Young People has called for abortion to be promoted to young girls in Relationship and Sexuality Education (RSE) lessons.

Koulla Yiasouma told the Northern Ireland Office that it should introduce compulsory teaching on the “prevention of early pregnancy and access to abortion” to girls as young as 13. The comments were made in a response to last year’s consultation on the Government’s liberal abortion framework for the Province.

The Children’s Commissioner claimed that the content of RSE lessons should no longer be advisory, and called for the “provision of tailored pre and post abortion services” for girls and young women.

Yiasouma’s proposals were partly based on controversial recommendations from a UN committee’s report.

A UN Committee on the Rights of the Child report claimed that RSE lessons should contain information on “sexual and reproductive health-care services”, “contraception”, and “sexuality, including that of lesbian, gay, bisexual, transgender and intersex children”.

Over the last three years, 110 Northern Irish girls under 18 years old underwent abortions in England and Wales. Of those, 22 were under 16 years old.

The Christian Institute’s Northern Ireland Officer Callum Webster said: “It is deeply troubling to see a taxpayer-funded commission that is supposed to be protecting the interests of children promoting abortion to girls as young as 13.

“The Commissioner does not seem to be interested in safeguarding the lives of our unborn children, nor does she recognise the damage that having an abortion does to girls and young women.”

In June, Westminster voted to force the most liberal abortion law in the UK on Northern Ireland, described as “one of the darkest days” in the Province’s history.

Despite the Stormont Assembly previously rejecting the regulations, the House of Commons gave its final backing for the law to be imposed on Northern Ireland with a vote of 253 to 136. 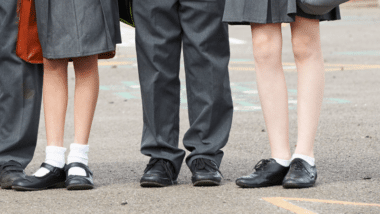