NHS England has announced the closure of its controversial gender identity clinic for children, after an independent report found it was not fit for purpose.

In April, the then Health Secretary Sajid Javid is said to have described Dr Cass’s findings on the NHS gender service as “deeply concerning” and said he believed it to be “failing children”.

A spokesperson for NHS England said it recognised it had to “work to a new clinical model that can better meet the holistic needs of a vulnerable group of children and young people”.

They added: “A significant number of children are also presenting with neurodiversity and other mental health needs and risky behaviours which requires careful consideration and needs to be better understood”.

Earlier this year, the interim Cass Review report found that medics in the Tavistock had felt “under pressure to adopt an unquestioning affirmative approach” to gender confused children rather than applying a proper clinic assessment.

Dr Hilary Cass, the former President of the Royal College of Paediatrics and Child Health who is leading the independent review, warned that the clinic was “not a safe or viable long-term option”.

The spokesperson said that, “given the urgent requirement to stabilise current service provision”, it hoped to establish two “Early Adopter services” by next spring, at which point GIDS will close. The NHS plans to eventually open eight regional centres, working to national specifications.

The NHS has also committed to carry out “rapid” research on the use of puberty-blocking drugs by young people after it was noted there is currently “insufficient evidence” on their impact.

GIDS was graded ‘Inadequate’ in 2021, the lowest possible rating granted by the Care Quality Commission. It found that the safety of its services required improvement and that staff were poorly led.

CQC’s report detailed a series of worrying revelations, including that until January 2020 staff had not consistently kept records of “the competency, capacity and consent of patients” referred for medical interventions such as puberty blockers or cross-sex hormones.

Dr David Bell, a former governor at the Tavistock and Portman NHS Foundation Trust was subject to disciplinary proceedings after he reported clinicians’ concerns over patient welfare in an internal report in 2018.

The experienced psychiatrist called GIDS “a gateway to puberty blockers” and said children had been ‘motored though’ to “treatment pathways” with “irreversible consequences for their bodies”.

Last year, the Trust was ordered to pay £20,000 to Lead safeguarding officer at GIDS, Sonia Appleby, who was unfairly treated after she highlighted staff concerns that “some young children are being actively encouraged to be transgender without effective scrutiny of their circumstances”. 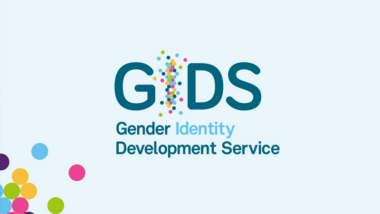