Britain needs a more robust public debate on its abortion law as hopes of improvements in the US rise, a Peer has said.

Writing in The Critic, Lord Alton of Liverpool lamented that there have been almost 10 million abortions in Britain since the 1967 Abortion Act. In 2020, there were more than 200,000 abortions, approximately one every two and a half minutes.

His comments followed the leak of the US Supreme Court’s draft ruling on Roe v. Wade, indicating abortion law could be returned to state legislatures, which sparked a furious reaction among pro-abortion campaigners. The final ruling is expected this summer.

Lord Alton explained: “At least America is rare amongst developed countries for continuing public debate — albeit sadly often overheated — on the value of life with respect to abortion.”

He described the situation as a “rare opportunity” to turn the tide against Britain’s abortion law, where abortion is permitted up to 24 weeks for most reasons but is available up to birth for conditions including Down’s syndrome and cleft palate.

The Peer commented: “You do not have to share my belief in the inherent worth and dignity of every human life to realise that the current situation cannot be right.”

He concluded: “It would not be the end of the battle against abortion, but would represent a strong start in a fightback that is so desperately needed.”

Earlier this month, columnist Melanie McDonagh said Britain is unable to have an honest debate on abortion while it avoids discussing its true nature.

Writing in The Spectator, she commented that unlike the United States, in Britain there is no argument on the rights of the unborn child.

Last week, the US Senate rejected an attempt to cement abortion into federal law by 49-51 votes. All Republicans and one Democrat opposed the ‘Women’s Health Protection Act’. 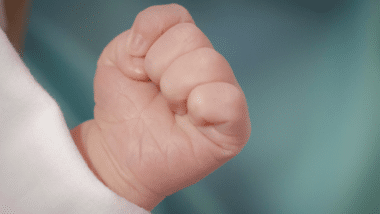