Pro-abortion campaigners are calling on the Irish Government to scrap its remaining legal protections for the unborn.

Ahead of the 2018 referendum on repealing Ireland’s pro-life laws, the then Taoiseach Leo Varadkar claimed abortion would still be “rare”. Since then, 13,243 reported abortions have taken place.

But in evidence sessions before the Oireachtas Health Committee, the Irish Family Planning Association (IFPA) and the National Women’s Council (NWC) complained that there are still too many restrictions.

IFPA Director of Advocacy and Communications Maeve Taylor criticised the mandatory three-day reflection period, which gives women time to think over the decision after having requested an abortion.

And Alison Spillane, the Senior Policy and Research Officer at the IFPA, attacked legislation protecting the unborn from abortion beyond twelve weeks’ gestation.

NWC Director Orla O’Connor claimed data showing only one in ten GPs offered abortion ‘services’ was due to the threat of prosecution. However, a 2018 survey found the majority of GP’s in the Republic conscientiously objected to abortion.

The Christian Institute’s Deputy Director Ciarán Kelly said: “Government claims that abortion would be rare have proved hollow, as the tragic loss of life since 2018 makes painfully clear.

“It’s shocking enough that abortion is already available on demand up to twelve weeks, with no reason needed, and with just a three day reflection period.

“Yet activists want even these limited protections for the unborn to be abandoned. The Irish Government should not be taken in by the twisted logic that the unborn have no right to life.”

Health Minister Stephen Donnelly has announced that the number of maternity units carrying out abortions in the Republic will rise from ten to fourteen before the end of the year, with an additional five to follow in due course.

His statement preceded a report in The Irish Independent that one of the main reasons why some maternity units have been unable to meet the Government’s abortion expectations is because staff refuse to be involved. 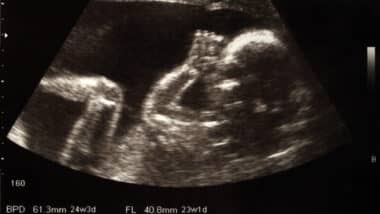 Irish Govt must not be taken in by abortion activists’ demands