Law professors from several elite universities in the US have criticised the prosecution of a Finnish Christian politician accused of ‘hate crimes’ for sharing the Bible’s position on sexual ethics.

Finland’s Former Minister of the Interior Päivi Räsänen could face up to six years in prison for publicly supporting the Bible’s teaching on marriage and sexuality – including sharing a Bible verse.

The legal experts warned of the impact on religious freedom, stressing that it “will compel Finland’s clergy and lay religious believers to choose between prison and abandoning teachings of their various faiths”.

choose between prison and abandoning teachings of their various faiths

The professors added: “No reasonable balance of the goods of public order, civil equality, and religious liberty can ever support this suppression of the right to believe and express one’s beliefs.”

Räsänen has been charged with three ‘hate crimes’, including sharing a Bible verse in 2019, comments made on TV in 2018 and a 2004 pamphlet she wrote supporting traditional marriage.

In 2019, Räsänen shared a picture of her Bible open at Romans 1:24-27 in response to the Evangelical Lutheran Church in Finland’s decision to sponsor a local LGBT pride event.

Räsänen was placed under investigation for the comments that year, but a formal prosecution was not made until April 2021.

The grandmother of six has vowed to fight the charges – each of which carries a two-year sentence – to protect freedom of speech for other Christians in Finland.

She said: “I will defend my right to confess my faith, so that no one else would be deprived of their right to freedom of religion and speech”, adding “I will not be intimidated into hiding my faith.” 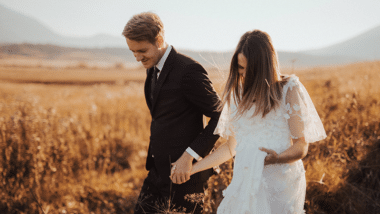