The CEO who was unfairly dismissed by Scotland’s largest grant-making trust over his church’s views on marriage has shared how The Christian Institute helped him through the ordeal and secure an important legal victory.

Kenneth Ferguson had been working as CEO of The Robertson Trust for almost ten years when Stirling Free Church asked him if it could rent space in a Trust-owned building. To avoid a conflict of interest, Mr Ferguson – an elder at the church – did not get involved, but the Trust agreed to rent the premises to the church for its Sunday services.

When the Trust’s Chairwoman Shonaig Macpherson learned of the agreement she objected because the Free Church does not agree with same-sex marriage. The Trust launched a formal investigation against Ferguson and he was dismissed in March 2020.

Speaking exclusively to The Christian Institute, Kenneth said: “On the Monday at 4:30, I get this email through, saying ‘you are dismissed with immediate effect’, and ten minutes later, there’s a ring at the doorbell, and it’s a courier. And he said ‘I have this dismissal letter for you, and I also have this offer letter to settle.’

“The press statement went out and they said I had “stepped down” as Chief Executive. No, just lies, wasn’t true.

“The Trust were very keen for me to settle, to sign a non-disclosure agreement, and to be honest, without The Christian Institute I would have had to sign that, because I could not have taken on that battle.”

He continued: “The CI were fantastic, an absolute godsend to me. I didn’t know how I was going to try and deal with this, but the CI just brought a whole confidence, a whole calmness to the situation, and said ‘Yeah, let’s have a look at it’ and see what they can do to help.

Kenneth also shared how he had leaned on his church family during the ordeal.

“Every morning before we went into court, the church met for an early morning prayer meeting, and on the second day, the minister said ‘I really want to pray today that something will happen in court which will not be of man, but will be clearly of God, and this will change the whole direction of the case’.”

During the hearing later that day, when being cross-examined, Trust Chairwoman Shonaig Macpherson referred to a notebook, which the Judge then ordered should be released to the court.

Kenneth recounted: “This notebook was basically, verbatim, her conversations with all the other trustees, saying ‘he’s got to go, we’ve got to sack him’, and this is before they’d even met me, before they’d even started anything of the investigation around the process.”

He continued: “My barrister after it said ‘I’ve been in court a long time, and I wouldn’t use this phrase lightly, but that was miraculous.’ He said ‘I have never seen something come from nowhere which has had such a profound impact on the case.

“And I said ‘Well people have been praying’, and he said ‘Well, whoever it was, those were powerful prayers’.”

Kenneth also revealed how each day in court, he had taken with him a small, smooth pebble to remind him of David’s battle against Goliath. He said that while he was fighting his own Goliath, The Christian Institute was symbolised by the small stone.

“In God’s hands, this smooth pebble then flew and killed the giant that was trying to battle me.

“And each day I was in court I had this with me, and I would just pray ‘Lord, I pray that The Christian Institute, that they would be like this smooth pebble and that they will land, and they will land with effectiveness in your hands.”

The day before the result was announced, he and his wife read in their daily Bible readings “tomorrow you will see the deliverance of the Lord”.

“And then the next day, out of the blue, the judgment came. God was saying to me ‘tomorrow you will see, you will see the deliverance’. And it was, it was a clear vindication of our position. We won on the unfair dismissal and the judgment was really damning.”

With obvious joy Kenneth concluded: “Praise God for the way that he has enabled me to really hold fast to the truth that is in his Scriptures to say ‘don’t worry, this battle is not yours, stand and you will see the deliverance of the Lord’.

“And that has been my lasting impression of this, I have been able to stand and see the deliverance of the Lord.” 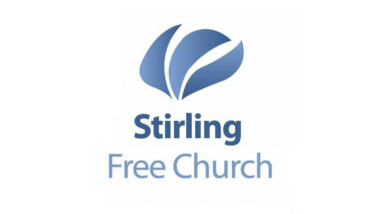