The Equality and Human Rights Commission (EHRC) has quit as a member of Stonewall’s ‘Diversity Champions’ programme, it has been revealed.

Responding to an open letter by women’s rights campaigners in May, calling on the watchdog to end its “inappropriate relationship of obedience and submission” with Stonewall, the EHRC said that its membership had expired in March.

Around 250 public bodies pay upwards of £2,500 plus VAT to subscribe to the lobby group’s programme, which rewards employers for promoting LGBT ideology inside and outside of the workplace.

In a public statement explaining its decision, the EHRC claimed that – after a budget review of all its memberships – “the Stonewall Diversity Champions programme did not constitute best value for money”.

It continued: “Therefore we chose not to renew our membership, and advised them accordingly.”

The subscription fee charged by Stonewall under the scheme depends on an organisation’s size, but starts at £2,500 plus VAT.

According to calculations made by The Sunday Telegraph last year, fees paid by public bodies for Stonewall’s services could be costing the taxpayer at least £600,000 a year.

The EHRC decision follows a series of incidents where Stonewall’s influence and advice have been exposed and questioned.

Last week, barrister Akua Reindorf warned the University Of Essex, after its links to the LGBT lobby group resulted in it misrepresenting the law on transgender issues.

At the beginning of this month, a former Old Bailey judge raised serious concerns over the privileged position afforded to Stonewall by the Law Commission in its consultation on hate crime law.

And last year a freedom of information request revealed that the Scottish Civil Service had been pushing a range of controversial Stonewall policies on transgender and non-binary issues.

Gay columnist Matthew Parris, writing in The Times, revealed that he had also cancelled his Stonewall membership recently.

He accused the organisation, which he helped to found in 1989, of “anger, intolerance and partisanship” and of adopting an “extremist stance” on the “trans issue”.

Parris criticised the LGBT lobby group for becoming embroiled in “attempts to deny free speech” at the University of Essex, after its Stonewall-inspired trans policy denied gender critical academics the right to speak on campus.

The columnist also questioned why Stonewall had “dived into the judicial issue of whether would-be trans children can consent to chemical or surgical intervention”.

Just checking because you are spending a *lot* of time talking about us. 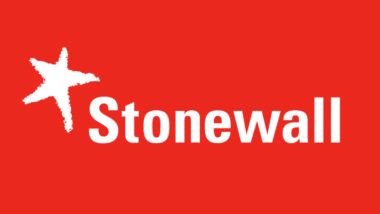