Schools in England must not use gender stereotypes to tell children they might be transgender, the Department for Education (DfE) has said.

In new guidance for schools on how to plan their Relationships and Sex Education curriculum, teachers are also told to present equality issues in a balanced way.

The guidance has been welcomed by a number of organisations, including The Christian Institute.

A girl who shows interest in engineering may be portrayed as really being male. A boy who dislikes sport may be presented as female.

A training slide produced by controversial trans group Mermaids features a gender identity ‘spectrum’, with a Barbie doll at one end, and a G.I. Joe toy at the other. In the middle are effeminate men and women wearing caps. 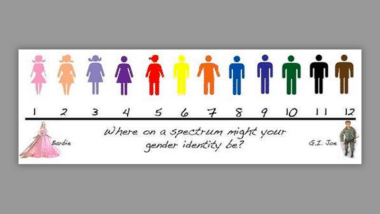 On transgenderism, the new DfE guidance says: “You should not reinforce harmful stereotypes, for instance by suggesting that children might be a different gender based on their personality and interests or the clothes they prefer to wear.

“Resources used in teaching about this topic must always be age-appropriate and evidence based. Materials which suggest that non-conformity to gender stereotypes should be seen as synonymous with having a different gender identity should not be used and you should not work with external agencies or organisations that produce such material.”

This means that resources such as transgender Cinderella story ‘Jamie’ – which implies that girls who express interest in ‘fixing things’ were born in the wrong body – should no longer be used in schools. 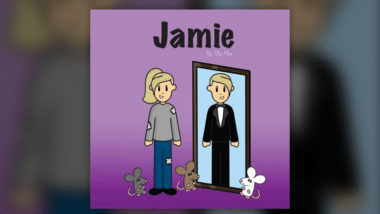 Schools are instructed to “forbid the promotion of partisan political views in the teaching of any subject in the school” and take steps to ensure that “where political issues are brought to the attention of pupils, they are offered a balanced presentation of opposing views”.

It adds: “You should be aware that the meaning of political issues does not refer solely to the discussion of party politics. Schools are advised to consider the range of issues on which there could be political views, which may include global affairs, equalities issues, religion and economics.”

This includes marriage, since courts in England have repeatedly accepted that views about marriage may be classed as political , as well as regarding it as a religious and moral issue.

The guidance also tells teachers to avoid setting homework involving researching a subject which might direct children to pornography or other “over-sexualised content”.

He said: “Radical trans ideology is being expelled from the classroom – and not before time.

“For too long, schools have been harangued by groups like Mermaids and Stonewall to promote and adopt a mindset that pushes harmful gender stereotypes on unsuspecting children. It is clear that all such ties should now be cut, any associated materials consigned to the recycling bin and that parents have been given the green light to hold schools to account on this.

“But there’s a wider point too. The guidance now explicitly acknowledges that teachers and pupils alike should be encouraged to hold and express a variety of views, and they should not have a particular position pressed upon them.”

Earlier this year, Warwickshire County Council dropped its controversial All About Me programme, which included “gratuitously graphic” sexual images, yet made no reference to marriage, contrary to national requirements and despite the lessons concerned not being classed as sex education.

It also falsely stated that gender identity “can be best understood as being a spectrum” and “transgender children have the right to use whichever toilet or changing room they feel most comfortable using”.

Following legal intervention by The Christian Institute, the Council withdrew the programme and said it would not produce anything new until the Government had released new guidance.