A 29-year-old law student is being investigated by her university for stating that women have vaginas and that men are physically stronger than women.

Lisa Keogh, who studies at Abertay University in Dundee, said she was muted by her lecturer in a video seminar when she raised concerns that men who identify as female should not be allowed to compete against women in mixed martial arts due to their genetic advantage.

Classmates reported her comments and she is now facing disciplinary action for misconduct which, according to the university definition, includes “using offensive language” or “discriminating against gender reassignment”.

Keogh said she initially thought the proceedings were “a joke” as “there was no way that the university would pursue me for utilising my legal right to freedom of speech”.

She said she was “stating a basic biological fact” in a debate and “I was abused and called names by the other students, who told me I was a ‘typical white, cis girl’. You have got to be able to freely exchange differing opinions otherwise it’s not a debate”.

Keogh added: “I’m worried that my chance of becoming a lawyer, and making a positive contribution, could be ended just because some people were offended.”

Joanna Cherry QC, who is supporting her case, said Keogh is “being subjected to a disciplinary procedure in which the ultimate sanction is expulsion, for stating opinions based on biological fact and objecting to sweeping statements such as ‘all men are rapists'”.

An Abertay University spokesperson told the Daily Mail that it “strongly” encourages free speech but that it does not comment on disciplinary cases.

Last week, a new Bill to protect freedom of speech was announced during the Queen’s Speech.

In addition, students, lecturers, academics and visiting speakers who are ‘no platformed’, censored or have their free speech unlawfully restricted will be able to seek compensation if they suffer loss from a breach of a university’s new legal obligations. 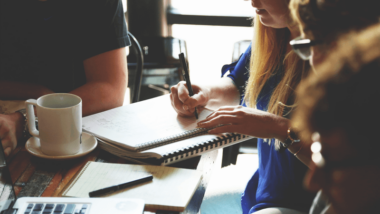 ‘One complaint could result in the police turning up to church’