Leading universities have pledged to fight cancel culture and protect the “diversity of ideas” on campus, following threats of sanctions by the Government.

The Russell Group, which represents 24 top universities in the UK, promised to defend free speech, and said that “disagreement is a fundamental part of debate”.

It comes in the wake of a Government clampdown on universities which do not actively promote free speech.

In December, a number of Russell Group universities were rated among the worst in the UK for restricting free speech.

In a report by think tank Civitas, Oxford, Cambridge, Imperial College London and University College London were all listed among the ‘most restrictive’ institutions for free speech, following instances of ‘no-platforming’.

But in a new statement, the group said that academic freedom and freedom of speech are “fundamental to our purpose as academic institutions”, adding that it takes its responsibility to defend and maintain freedom of expression on campus “extremely seriously”.

It also claimed that “free and frank intellectual exchanges” take place on its campuses and that “the diverse views of individuals are tolerated”.

However, while it admitted that the right to free speech is protected by law, it  added the caveat that free speech does not usually include so-called hate speech, and said where this takes place, “our universities make no apology for taking swift action to stop it”.

‘Hate speech’ is not clearly defined in law, but it has been cited at universities as a reason to shut down legitimate debate.

Chief Executive of the Russell Group Tim Bradshaw said: “Free speech and academic freedom are core values for our universities who work hard to create an environment where a diverse range of views and ideas can be aired and debated across all disciplines.

“Disagreement is a fundamental part of debate and has been key to advancing knowledge and gaining different perspectives on everything from ethics and history to genetics and theoretical physics.

“Our universities will always champion the importance of free speech, uphold the legal protections already in place and, if Government feels it is necessary to enhance protections further, we will work with them to find proportionate solutions.

“This statement underlines our determination to ensure campuses remain places where students and staff are exposed to a diversity of ideas and views. We hope the Government recognise that and works with us so any new measures reflect the work already being done.” 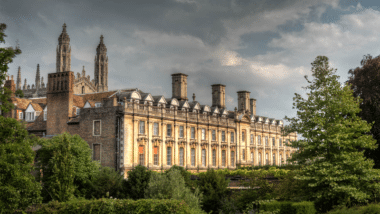