Canada has brought a ban on so-called conversion therapy into law without a vote in Parliament or committee scrutiny.

Senator Leo Housakos, who motioned for Bill C-4 to be fast-tracked, claimed the Senate should not “engage in unnecessary debates” because he deemed it to be in “the universal public interest”.

Bill C-4 replaced Bill C-6, which had not passed through the Senate before it was dissolved in August.

The Evangelical Fellowship of Canada warned that it has “serious concerns” that the Bill’s “definition of conversion therapy remains overly broad and will impact freedom of expression and religion”.

The organisation said there are “serious questions about whether a sermon series or a youth Bible study or other programs on sexual ethics offered to those wanting to order their sexual lives in accordance with their religious conscience” would fall foul of the Bill.

In the UK, the Government’s consultation on a proposed conversion therapy ban has been extended until 4 February 2022.

Although the Government has pledged not to outlaw ‘everyday religious practices’, LGBT activists such as Jayne Ozanne have called for “gentle non-coercive prayer” to be included in legislation banning conversion therapy.

The Let Us Pray campaign believes an ill-considered ban risks criminalising ordinary church activities, such as prayer between friends.

Over 2,500 Christian ministers and pastoral workers have called on the Minister for Women and Equalities to ensure that the ordinary work of churches is not caught by a ban on so-called conversion therapy.

The letter, authored by church leaders including Raymond Anthony Brown, Revd David Gobbett and Revd Matthew Roberts, is being sent in response to the Government’s consultation on the issue.

It accepts the Government “does not intend this legislation to impact the normal practice of religion” but expresses deep concern “that the legislative approach outlined would do exactly this”. 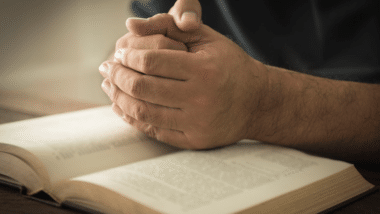