The BBC has once again used its popular Call the Midwife series to promote abortion.

The latest episode features midwife Trixie delivering a speech lobbying for the 1967 Abortion Act on the radio, with many of the other midwives and doctors portrayed as supportive.

Since its passing, the Act has led to the deaths of over 9 million babies in Great Britain.

The story champions the midwife as she is interviewed for the BBC, contrasting her with an unsympathetic depiction of a pro-life male lawyer.

But in her speech she suggests it would be better for babies to be aborted than to be born to mothers that lived in “dreadful social conditions with no hope and no money”.

In 2007, Lord Steel, who introduced the Bill, admitted that he had never anticipated “anything like” the current number of abortions when he campaigned to change the law.

And in 2013 he said he was concerned that repeat abortions were being used as a form of contraception, which he argued was “never the purpose of the 1967 reform”.

Ciarán Kelly, The Christian Institute’s Deputy Director for Communications, said: “This is yet another example of the BBC rewriting history to push its pro-abortion agenda.

“The social attitudes presented are not reflective of 1960s Britain. Is the BBC really suggesting that Anglican nuns and the midwives who worked with them were crying out for pro-abortion legislation? In 1968, almost 25,000 adoptions took place, but this is not presented as an alternative.

“Presenting abortion as somehow ‘beneficial’ for poor women is disgraceful from anyone, but particularly from a publicly-funded broadcaster.”

A leading abortionist turned pro-life campaigner in the US admitted feeding the public “a line of deceit, dishonesty, a fabrication of statistics and figures” in the campaign to legalise abortion, which suceeded “because the time was right and the news media cooperated”.

The late Dr Bernard Nathanson said “We sensationalized the effects of illegal abortions, and fabricated polls which indicated that 85 per cent of the public favoured unrestricted abortion, when we knew it was only 5 per cent. We unashamedly lied, and yet our statements were quoted [by the media] as though they had been written in law.” 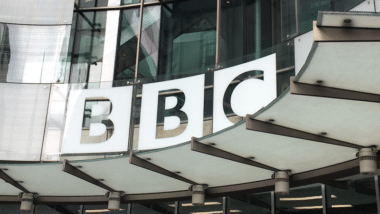 Must Call the Midwife persist with this contrived abortion story?