One of the country’s most expensive independent schools is teaching students there are 64 genders, it has been claimed.

A parent of a child at the American School in London (ASL), which charges £32,650 a year in fees, has complained that the school has been promoting radical gender ideology in lessons.

Following an Ofsted inspection in December, ASL was downgraded from “Outstanding” to “Requires Improvement”.

The concerned parent, who wished to remain anonymous, told The Times: “We have seen controversial views — about which public debate is still raging in society — being taught as truth to these children.”

According to the parent, children are being told in PE classes that weightlifter Laurel Hubbard – a 39-year-old man who is living as a woman – should be able to compete in women’s competitions.

They also claimed that pupils have been taught there are 64 genders during school health lessons.

Last year, St Paul’s Girls’ School in London hosted a training webinar for staff to promote ‘inclusivity’, where they were told that there were more than 150 gender identities.

Parents also complained that gender ideology was being promoted to pupils at the independent school following a presentation by US researchers from Princeton University.

In June, Dr Ashley Jordan and Stats Atwood – members of Princeton’s Human Diversity Lab – spoke to girls about the university’s TransYouth Project, which embraces the idea that girls can successfully transition to become boys. 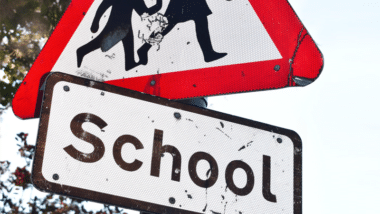