An MP has said the Government must take a lead in combatting the pervasive influence of transgender ideology in schools.

After publicly criticising the “extreme ideologies” of Stonewall and Mermaids recently, Miriam Cates MP said many parents had been in touch to complain about trans activists brainwashing their children.

During a House of Commons debate, the MP said the promotion of radical gender ideology in schools “is having terrible consequences” and that “teachers and pupils are afraid to speak out”.

Cates told The Mail on Sunday that her speech had led to scores of emails from concerned parents telling “very worrying stories about how this ideology has made its way into their children’s schools”.

One mother told the MP that her family had been ‘torn apart’ after her daughter was allowed to identify as a boy at school without her permission.

The mother explained: “Certain teachers were dealing with this without my knowledge and offering a safe space, which is pretty shocking because I consider her home to be a safe space.”

She concluded: “It’s been one of the hardest things to deal with. I don’t understand why society is allowing it to explode this way in schools.”

The MP responded: “It’s quite alarming at how widespread this has become. The Government has to take a role on this. It needs some sort of inquiry into what is happening, and it must issue much stronger guidance.”

In June, Brighton became the latest council to come under fire for promoting a controversial ‘toolkit’ on transgenderism for schools which confuses children into questioning their biological sex.

Warwickshire, Oxfordshire, Shropshire, Doncaster, Barnsley and Kent all ditched similar school guidance, including versions of the toolkit, amid legal challenges. 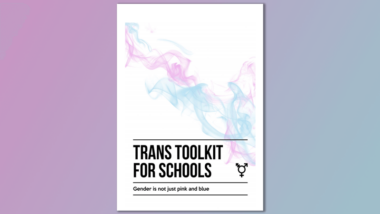 Kent and Barnsley join other councils in withdrawing trans guidance