‘You’re only as old as you feel’, Mexican Supreme Court rules

People in Mexico can now alter their birth certificates to match an age of their choosing.

Mexico’s Supreme Court of Justice of the Nation made the bizarre ruling while claiming a preferred date of birth went “beyond biological truth”.

In 2018, a Dutch court rejected Emile Ratelband’s claim that he should be recognised as twenty years younger to overcome age discrimination by potential employers and on dating sites.

Mexico’s Supreme Court said that if a person had ‘anchored’ their identity in a later date of birth for a “significant” period of time, then their birth certificate could be altered to match this “social reality”.

As “identity is built throughout life”, the ruling added, any new socially constructed date of birth becomes part of a person’s “biography” and transcends “biological truth”.

Tomás Henríquez, ADF International’s Director of Advocacy for Latin America and Caribbean, said the Court had “turned into reality” what some had previously considered to be “an unthinkable exaggeration”: the inauguration of “age identity” and the advent of “transetarian” status.

He asked: “Are we now going to take seriously that gender ideology jeopardizes our capacity as society to perceive and affirm reality?”

Dutch man Ratelband was born on 11 March 1949, but three years ago told a court in Arnhem that he did not feel “comfortable” with his date of birth and sought permission to change it to 11 March 1969.

Ratelband claimed it was “a question of free will”, while his lawyer Jan-Hein Kuijpers said it was high time for age-reversal to be recognised in law.

In 2015, a 52-year-old Canadian man declared that he was living as a six-year-old. In an interview at the time, he explained that he was ‘not acting his age’ in order to escape his past. 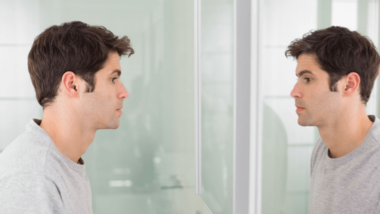 ‘If you can change sex by saying so, why not race or age?’ asks columnist