New guidelines released last month by the International Society for Stem Cell Research (ISSCR) no longer specify an upper time limit for experimentation on embryos where “scientific objectives” can be justified, “broad public support” is achieved and local regulations permit it.

In the UK, the 1990 Human Fertilisation and Embryology Act allows experimentation on human embryos of up to 14 days’ development for limited research purposes, but calls for this limit to be extended have been made by some researchers.

Professor Robin Lovell-Badge, who chaired the task force responsible for producing the new guidelines, told The Independent the ‘14-day rule’ had not been replaced in the updated policy, as choosing a different timescale would be “arbitrary”.

He added: “It’s far more important that the reason for doing experiments is really looked at properly and justified properly.”

Justifying the decision in an article in Nature,  Lovell-Badge stated that the previous time limit “prevented study of a critical period, between 14 and 28 days, when the beginnings of tissues are established.” He also said: “The ISSCR’s solution is to require review and approval of proposals to study embryos beyond 14 days.”

Scientists claim that keeping human embryos alive in a laboratory for more than 14 days would aid research into heart disease and cancer, as well as miscarriage.

Bioethics expert Dr Calum MacKellar has lamented that, since many now question “the special status of the early human embryo”, they can no longer see any reason to retain the 14-day rule.

To learn more about the moral and ethical issues involved with scientific experimentation, visit our Medical Ethics page. 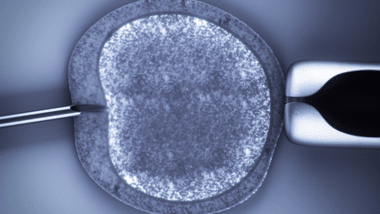