US firms such as Google and Meta, the parent company of Facebook and Instagram, are antagonistic to Christians, a prominent figure in the technology sector has said.

Writing in the Wall Street Journal, the Roman Catholic billionaire and entrepreneur Peter Rex argued that ‘Big Tech’ is guilty of suppressing belief in God and traditional moral values.

In the UK, The Christian Institute has warned the Government that its push to clamp down on ‘harmful’ as well as illegal content online threatens free speech.

Rex writes: “For all its talk of diversity, the tech industry has little room for devout believers.  This discomfort with faith cuts off much of tech from the moral foundation it needs.”

He said that “many in the industry” viewed “believers with suspicion”.

“When Google employees discovered that some of their Christian colleagues hold a weekly prayer group”, he explained, “some responded by asking ‘we employ people who pray?’ and ‘is that really appropriate to do at work?'”

He also claimed that “untold people of faith have hid their beliefs, fearing retaliation or blacklisting”.

The entrepreneur cited findings from the Napa Legal Institute, which he said had reported that “social-media platforms increasingly censor religious believers who oppose abortion, assisted suicide and transgender ideology”.

He contended that the lack of faith in Silicon Valley “encourages a moral vacuum in which tech itself is held up as a god. Absent the guardrails that come from religious tradition, is it any wonder tech is used to censor and suppress?”

He concluded: “Tech isn’t a god, nor are tech leaders, but they do need God.”

Absent the guardrails that come from religious tradition, is it any wonder tech is used to censor and suppress?

In the UK, the Government states that its draft Online Safety Bill, which was published in May, will establish “a new regulatory framework to tackle harmful content online”.

Ministers say the Bill will restrict legal content that it deems ‘harmful’, with the definition of what constitutes ‘legal but harmful’ to be decided by the Government, Ofcom and the Silicon Valley giants Rex expresses concerns about.

While welcoming plans to clamp down on illegal online activity, the Institute has warned that requiring social media and search engine companies like Facebook, Twitter and Google to ‘police’ controversial issues could limit free speech and stifle open debate. 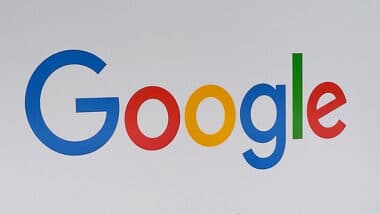