Meta, the parent organisation of Facebook and Instagram, is benefiting from the sale of illegal drugs on its platforms, a campaign group has said.

The Center for Countering Digital Hate (CCDH) branded Facebook’s vetting process for identifying and taking down adverts for prohibited drugs as “not fit for purpose”.

The possession, supply or sale of illegal drugs is outlawed under the UK’s Misuse of Drugs Act 1971.

In the course of four days in December, CCDH researchers found 36 adverts offering prohibited products on Facebook, Instagram and Messenger, including adverts for illegal drugs.

The group’s Chief Executive Imran Ahmed said: “It is obscene and immoral for Mark Zuckerberg and Meta’s shareholders to profit from crime.

Facebook is a vital part of criminals’ marketing strategy

“98% of Facebook’s revenue comes from advertising. This explains why they prioritise giving advertisers such free rein at the expense of law and order.”

He added: “this research proves that Facebook is a vital part of criminals’ marketing strategy, because it gives them access to millions of people with a single click”.

Following its exposé of the trade in October, the Daily Mail found some dealers were still selling cannabis on Instagram three months after it had reported them to the social network.

Commenting on the Mail’s findings, the mother of a young woman who killed herself while in the throes of a cannabis-induced psychosis said: “For a drug dealer to be on Instagram for even five minutes before the profile is shut down is five minutes too long”.

Meta responded: “Buying and selling drugs is strictly against our rules and we’ve removed these accounts. We work closely with law enforcement to help keep up with evolving trends and are constantly improving our technology.”

The Joint Committee on the draft Online Safety Bill has recommended the Government bring paid-for adverts into any future legislation.

In the light of CCDH’s research, Chair of the committee Damian Collins MP told the Mail: “These revelations show why it’s essential that the Government adopts our recommendation to bring ads on social media platforms in scope of the Online Safety Bill.” 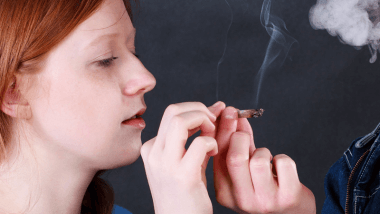 Dad of teen killed by ecstasy warns of ‘dangers of drugs’’