The World Professional Association for Transgender Health is advising psychological assessments for young people, who must have experienced gender confusion for “several years”, before issuing hormones. It also recommends informing them of the resulting risks such as the “potential loss of fertility”.

However, it has removed its previous requirement for adults to undergo such assessments before accessing hormones.

Clincial psychologist Erica Anderson added: “These issues of inadequate assessment and what I sometimes called hasty or sloppy care have resulted in potential harm”.

The guidance also recommends that health professionals inform young people of the dangers of practices such as breast binding. The final version is expected to be published in spring.

In response, The Christian Institute’s Ciarán Kelly said the new guidance was “an important step in the right direction” but stressed that “there is no point at which trans-affirming ‘treatments’ are beneficial. We are made male and female. It is not possible to change that, and no attempt should be made to do so.”

Last year, detransitioner Keira Bell called on the medical profession to help young people struggling with gender dysphoria, rather than driving them towards irreversible surgery “as the only possible answer”.

She said: “A lot of girls are transitioning because they’re in pain, whether it’s from mental-health disorders, or life trauma, or other reasons. I know what it’s like to get caught up in dreaming that transitioning will fix all of this.”

In September 2021, the Court of Appeal overturned a High Court ruling that children were unlikely to have the capacity to consent to puberty-blocking drugs. Bell, who was given the drugs as a teenager, is seeking permission to appeal her case to the Supreme Court. 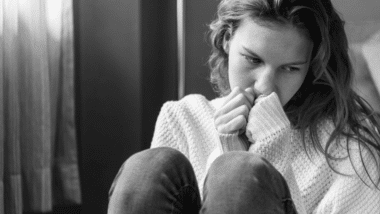 ‘Trans radicalisation of my daughter led to gender clinic referral’