NHS England’s gender identity clinic for children has revealed that the “great majority” of young people who take puberty blockers move on to cross-sex hormones.

Researchers at the Tavistock and Portman NHS Foundation assessed 44 patients aged between 12 and 15 years for the study, all of whom were receiving treatment at its clinic for gender dysphoria.

Results from the three-year-long investigation, which began in 2011, have only just been published.

Whilst the authors of the report acknowledged the small sample size had limited research “outcomes”, they did find that all but one participant had carried on to take cross-sex hormones.

According to the article, similar results were observed in an American study – where 55 children out of a group of 57 eight to fifteen year-olds ended up commencing sex-swap drugs after starting on puberty blockers.

Researchers also referred to a corresponding Dutch investigation at a gender clinic in Leiden, in which more than 95 per cent of ten to eighteen-year-old patients on puberty blockers started cross-sex hormones when eligible to do so.

Hormone blockers were originally developed to pause ‘precocious puberty’ – a condition which causes children to begin puberty much earlier than normal – with the intention of taking them off the drugs at the time when ordinary puberty is expected to start.

Until last year, NHS guidance stated that the drugs were “considered to be fully reversible”. This was eventually corrected to state: “Little is known about the long-term side effects of hormone or puberty blockers in children with gender dysphoria.”

The case against the gender clinic at the Tavistock and Portman NHS Foundation was brought by detransitioner Keira Bell, after she was given hormone blockers and cross-sex hormones as a teenager.

Having returned to living as female, Bell said she wanted to protect others from experiencing the life-altering effects of the drugs.

Bell told the BBC last year: “It puts you on a path that changes your life forever. And when you are a minor you have no chance of understanding how that affects you and your adult life. If we put a stop to this it will allow people to grow naturally.” 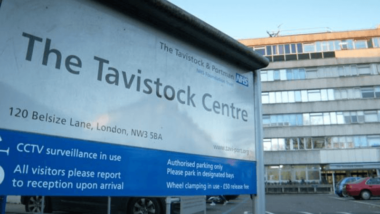