Smoking cannabis inhibits the ability to drive safely as it impairs eyesight, a new study has indicated.

Research from the University of Granada found that ability to focus and clarity of vision were among the key capabilities that worsened significantly in the small group of test subjects.

The researchers studied 20 male and 11 female cannabis users aged between 19 and 43 years old.

They compared visual performance before and after smoking the drug to test its impact.

Trials found that all the visual abilities assessed – including contrast sensitivity, three-dimensional vision, and night-time vision – significantly deteriorated in participants after they had taken cannabis.

Worryingly, only three per cent of the participants said their vision was much worse – despite the results. Researchers indicated that their study would help raise awareness of the drug’s deceptive impact.

Last month, research by McGill University in Canada found that legal cannabis in the US was linked to an increase in fatal car accidents since 2012.

In England and Wales, Ministry of Justice figures show that the number of drug driving prosecutions increased by a fifth (19 per cent) between 2018 and 2019. 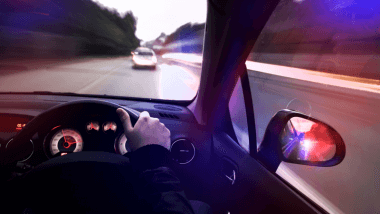