Secularists want Christian groups to be forced to ditch ethos

The National Secular Society (NSS) has called for Christian organisations to be forced to open up key roles to those who do not share their beliefs.

Its document, How Religious Privilege is Undermining Equality Law, calls for state-funded faith schools to ditch their religious ethos, and complains that equality law allows faith-based charities too much freedom.

Currently, the Equality Act 2010 allows these charities to require staff to share their religious beliefs if there is a genuine ‘occupational requirement’ to do so.

The report accuses a number of charities of discriminating against non-believers by only employing Christians.

These include adverts for an Events Officer at London City Mission, a Tutors’ Assistant at the Oxford Centre for Christian Apologetics, and a Travel & Speaker Coordinator at Open Doors.

It also complains that “many Christian institutions do not believe it is possible to live according to Christian values while having same-sex relationships”.

Addressing faith schools, it proposes that state schools should not be able to have a religious ethos or employ only religious staff, and should not have to conduct Christian worship.

Simon Calvert, Deputy Director for Public Affairs at The Christian Institute, commented: “The National Secular Society appears to be terrified by the thought that there are people out there who believe things that they don’t.

“The Equality Act protections they want to do away with are essential to the survival of religious charities. Without them, they’d be sued out of existence by groups like the NSS for refusing to appoint atheists to positions that only fellow-believers can actually fulfil.

“They go out of their way to attack much loved Christian charities like Open Doors for having the temerity to think that Christians are the best people to promote the Christian faith.” 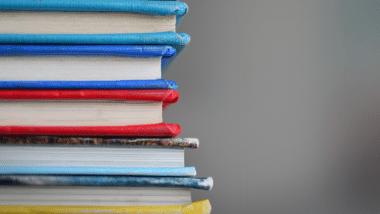 Institute to Ofsted: Don’t use liberalism as a cover for secularism