A second city in Massachusetts has changed the legal definition of family to recognise ‘polyamorous’ relationships between three or more people.

Last year, legislators in the neighbouring city of Somerville were the first to broaden the meaning of family to include those in a relationship with more than one other person.

At a public hearing to consider the proposed amendments in January, several LGBT activists spoke in favour of the changes.

Among them was PLAC’s Kimberly Rhoten, who even claimed that “about 20% of all Americans” had participated in some sort of “consensual non monogamous relationship” in their lifetime.

At a full council meeting on 8 March, members voted to change the definition of a “domestic partnership” to mean a relationship “formed by two or more persons”.

Under the amendment, members of multi-partner ‘families’ are allowed to file for legal recognition if they are in a “relationship of mutual support, caring and commitment and intend to remain in such a relationship”.

Partners may pull out from an arrangement by submitting a “withdrawal statement” and paying a $5 fee.

The president of the Family Research Council, Tony Perkins, commented: “America’s slippery slope is even icier now, with the news that another city council has officially recognized polyamorous relationships as an acceptable form of domestic partnership.”

“Once a culture rejects God’s design, basic biology, and thousands of years of civilization, there are no boundaries”. 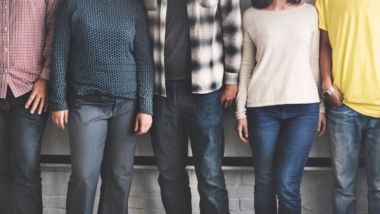