The All About Me teaching programme was drawn up by Warwickshire County Council ahead of the Government’s new Relationships Education curriculum which becomes compulsory in September 2020.

The council is rolling out the programme across 241 primary schools, but critics say it goes well beyond the Government’s guidelines for Relationships Education.

Parents at a primary school in Warwick raised concerns with Jonny Hunt, the sex education consultant who helped to draw up All About Me, and asked why the section was not in the non-compulsory sex education part of the programme.

He claimed: “This is not sex education but actually information around safe and appropriate touching.”

Naomi and Matthew Seymour, who have two sons attending the primary, removed their children from school for the week the lessons took place.

Mr Seymour said: “This sexualisation of our children is just totally inappropriate.”

“We don’t want to start picket lines and wave banners. We’re just an ordinary family. I think many families who had seen these lesson plans would feel the same way we did.”

The Christian Institute’s Simon Calvert said: “It looks like Warwickshire has paid more attention to a controversial sex education consultancy than to what parents understand to be in the best interests of their children.”

David Davies MP said: “I and many other parents would be furious at completely inappropriate sexual matters being taught to children as young as six.

He added that the classes “go way beyond the guidance the Government is producing and are effectively sexualising very young children”.

The Christian Institute’s Education Officer John Denning said: “If schools are teaching about sexual activity or sexual relationships, then it is sex education, whatever the school calls it. Parents have a right to request their children are withdrawn from sex education, a request which primary schools must always grant.

“And it is the school’s duty to consult with parents and provide relationships education which is appropriate to children’s age and religious background.” 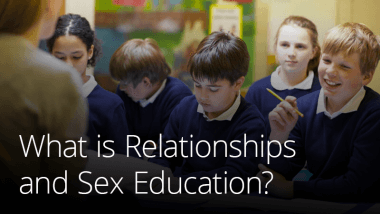 Parents matter when it comes to implementing Relationships Education