The Government’s Schools Bill has raised the spectre of ‘state interference’ in the minds of parents who educate their children at home, parliamentarians have warned.

Baroness Fox and the Bishop of Carlisle, the Rt Revd James Newcome, questioned whether the legal right of a parent to educate their child in accord with their own beliefs remained properly protected by Government proposals.

The Third Reading of the Schools Bill in the House of Lords is planned for September, after which the Bill will pass to the House of Commons for consideration.

The Bishop said that Parliament had to “provide protection for the institution of home schooling against any undue or unfair interference” by local authorities in the area of religion and belief.

He explained: “The point is that the way in which this Bill is framed could be seen to cast a cloud of suspicion on all home educators.”

Commenting on Government plans to legislate for registers of children not in school, the Bishop added: “Some parents are also worried that this register is the thin end of an invasive wedge that could lead to undue state prescription with regard to home schooling.”

Echoing his concerns, Baroness Fox told the House: “the cloud of suspicion being created, that this is a potential assault on deeply held religious and philosophical freedoms, is something we should all take seriously as democrats who support a free society”.

Lady Fox added: “I am not prepared just to say that I trust the state. It is perfectly reasonable when people do not, but we at least have to reassure them about their freedoms to withdraw from state schooling. After all, it is not the law that you have to school your child, simply that you have to educate them”.

In response, Schools Minister Baroness Barran said it would be “unfortunate” if her fellow Peers were right about “the cloud of suspicion”, adding: “We have striven to be clear about the scope of the powers and when any new powers are required”.

The Christian Institute’s Education Officer John Denning commented: “The duty to bring up and educate a child rests with their parents, not the state, whether they fulfil this by delegating it to a state school, or educating them in some other way. It is a God-given duty, and is enshrined in UK law.

“The Schools Bill would not change that, but it is also crucial that the Government does not hand councils powers to make life difficult for those parents who are properly providing for their child’s education in the home.” 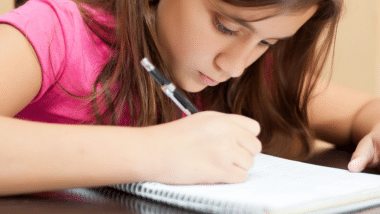 Govt blocks attempt to include atheism in RE