An Irish parliamentary committee is set to recommend a ban on online gambling adverts targeted at children.

The Republic of Ireland’s Joint Committee on Media, Tourism, Arts, Culture, Sport and the Gaeltacht is to propose the measure as part of 26 recommendations in its report on the Online Safety and Media Regulation Bill.

The Bill is expected to be published by the Minister for Tourism, Culture, Arts, Gaeltacht, Sport and Media next month.

The Bill would establish a media commission which would design “media codes” to regulate content across service providers.

The committee will recommend the codes be used to ban online gambling, alcohol and junk food adverts aimed at children “at the very minimum”.

It is also set to recommend that there is a prohibition on tracking children’s data and profiling as a result. Some gambling companies have previously been accused of tracking data in order to bombard addicts with adverts and other incentives to keep betting.

Last month, the Coalition Against Gambling Ads (CAGA) called for more to be done to tackle gambling addiction among children.

The campaign group made the appeal on a visit to the Welsh Parliament, as part of a British tour to raise awareness about the issue.

The UK Government – responsible for gambling law in England and Wales – is currently considering reforming existing legislation, which could see the largest changes to the running of the industry since 2005. 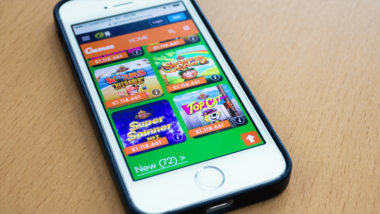