A campaign group has called for more to be done to tackle gambling addiction among children.

Coalition Against Gambling Ads (CAGA) made the appeal on a visit to the Welsh Parliament, as part of a British tour to raise awareness about the issue.

The UK Government – responsible for gambling law in England and Wales – is currently considering reforming existing legislation, which could see the largest changes to the running of the industry since 2005.

Its Director, Matt Zarb-Cousin, said: “I think we need to return to the principle of unstimulated demand – not trying to encourage people to gamble that otherwise wouldn’t have”.

Former gambler Nick Phillips from Swansea explained that gambling ads had contributed to his own addiction and he feared their presence “everywhere in society” might entice his own children to gamble.

“I’m a parent of two children who have mobile phones and it would be very easy for them if I wasn’t monitoring it to just let things slip and the kids have accessibility to gambling,” he said.

MP for Swansea East Carolyn Harris told the BBC: “We’re all walking around with casinos in our pockets these days. Nobody envisaged that in 2005 when the Gambling Act was published but the problem has grown exponentially”.

Harris, the chairwoman of the All Party Parliamentary Group on Gambling Related Harm, added: “There needs to be an acknowledgement that when you cross the line and it becomes an addiction then it’s our moral responsibility to put in place measures to protect the vulnerable.” She also said that children in Wales should be warned in school about the dangers of gambling.

In response, the Welsh Government said: “This is not a devolved area, but we fully support moves to make it much harder for gambling companies to advertise their services, particularly in places where they could be seen by children and young people.”

In July, parliamentarians at Westminster expressed concern that regular exposure to betting ads is desensitising children to the dangers of gambling. 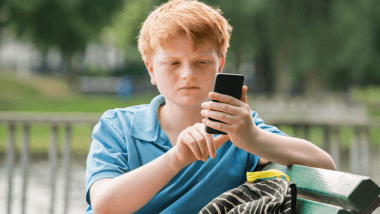 Tens of thousands of children are gambling addicts

Still gambling with our futures