Roman Catholic schools in Wales have urged the Welsh Government to drop plans to change the nature of Religious Education lessons.

The headteachers of all 84 Roman Catholic schools in Wales signed a letter to the First Minister, saying that the planned change “reduces it to an over-simplistic comparison exercise which fails to understand the fundamentals of faith and religion”.

In 2022, Religious Education is to be renamed ‘Religion, Values and Ethics’ and the current parental right of withdrawal will be removed.

The school leaders said that the Welsh Government had “ignored popular opinion” on the issue.

In response to its consultation in 2019, 63.7 per cent of respondents opposed the proposed changes to RE, saying that a clear focus on Christianity is needed and that parents’ rights must continue to be respected.

The headteachers said that parents support the current approach, “given the negligible levels of withdrawal by parents of their children from Religious Education. This is important to us, given the role of parents and carers as the primary educators of their children”.

Their letter added that the proposed changes particularly “fail to recognise the heritage and deep connection Religious Education has within church schools, including Catholic schools, which dedicate 10% of curriculum time to the subject”.

In February, the Welsh Government was told that banning parents from withdrawing their children from certain classes is a breach of human rights.

Welsh Assembly members intend to remove the parental right of withdrawal from both RE and Relationships and Sexuality Education lessons, but any such change to the law could see the Government taken to court. 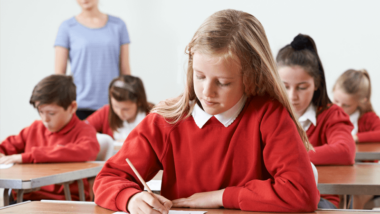