Children as young as 13 are being asked highly intrusive questions about their sexual experiences in a survey funded by the Welsh Government.

The School Health Research Network’s Student Health and Wellbeing Survey is conducted every two years for pupils aged 13 to 18 years old, though schools are not required to issue it. One section asks pupils: “How old were you when you had sexual intercourse for the first time?”, with answers beginning at “11-years-old or younger”.

The survey also asks about the last time pupils had sexual intercourse, including whether they used a condom, and whether they had ever sent a sexually explicit image of themselves.

The Christian Institute’s Wales Officer Gareth Edwards said: “Detailed, intrusive and highly inappropriate information is being harvested about thousands of children while parents are being left in the dark. These questions would not be appropriate if asked to a pupil’s face, and the situation is no different here.

“Parents must write to their local councillors, telling them they do not wish their child’s school to conduct the survey.”

The survey does not ask pupils for their biological sex, but whether they were “described as male or female at birth” and what they “identify” as.

The census also asks questions surrounding the use of drugs, as well as a ban on smacking.

According to information obtained by the TaxPayers’ Alliance, the School Health Research Network Survey has received £1.1 million from the Welsh Government since 2019.

Tanya Carter, spokeswoman for Safe Schools Alliance UK, commented: “This has the potential to normalise serious child protection issues” and as “with the Scottish survey, no consideration appears to be given to how these questions would be received by abused children”.

Earlier this year, almost a third of local authorities in Scotland refused to roll out the Scottish Government’s controversial survey into the sex lives of young people.

Of Scotland’s 32 councils, ten refused to distribute the survey and a further eleven pledged to review the suitability of its content. The Christian Institute urged parents to write to their local councillors to express their opposition to the use of the survey in their own area. 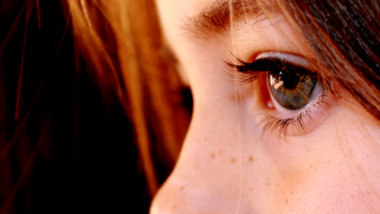