Pro-life MPs stand up for unborn in Westminster debate

A Westminster committee has voted to confirm imposing revised abortion regulations on Northern Ireland, ahead of a vote in the House of Commons tomorrow.

Despite the Northern Ireland Assembly voting last week to reject the liberal regulations, the Delegated Legislation Committee voted 15-2 for them to move on to a vote in the House of Commons.

MPs Carla Lockhart and Sir John Hayes were among those who spoke out passionately against the regulations.

During the debate, Lockhart said that the provisions for abortions in cases of disabilities were “not fit for purpose”.

She said the way they are currently drafted makes them “an embarrassing liability”, adding: “these unamendable regulations must be rejected in their current form”.

She pointed out that in the Government’s consultation, 79 per cent of respondents did not want the law to change.

“The regulations will see the most liberal abortion laws foisted on the people of Northern Ireland. If the Government proceed, a Province that has been life-affirming and values life will revert to a society that destroys life and terminates existence.”

She concluded: “I ask the Committee to take note of the fact that both lives matter.

“We hear much about women’s health — as a woman, I agree that we need to adhere to women’s health and ensure that they have everything in place to assist them — but both lives matter; there is also a baby in the conversation.

“I call on everyone here today to hear the silent scream of the baby being terminated.”

In his speech, Sir John Hayes slammed the changes, saying they “are unconstitutional, unwanted and unwise”.

He noted that, while the regulations were drawn up while the Northern Ireland Assembly was not sitting, it had now returned and that the decision should be left to its elected representatives.

He said that imposing laws on a devolved issue from Westminster “not only risks the settlement in Northern Ireland, but undermines the very principle of devolution”.

Concluding, he asked Committee members to consider what voting through the regulations would say to those with disabilities: “I say it would broadcast loudly and clearly that we do not regard them very highly at all.”

He added: “I find it deplorable that, in contradiction of all the notions of equality that we rightly promote in the 21st century, a child diagnosed with Down’s syndrome, a cleft lip, a cleft palate or a club foot can continue to be aborted.” 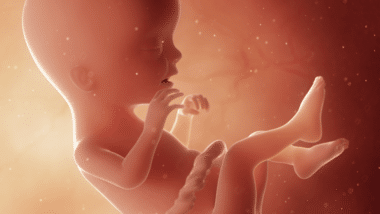