A prominent researcher has changed his mind on cannabis legalisation after seeing the harm it has caused overseas.

Sir Robin Murray, a professor at the Institute of Psychiatry at King’s College London, has long believed that while cannabis can be harmful, legalisation would regulate the drug and therefore make it safer.

But having seen the results from other countries which have legalised the Class B drug, he is now warning the Government not to follow suit or else risk a wave of mental health problems.

While Sir Robin believed legalisation would lead to a reduction in highly-potent cannabis, evidence now shows that when the drug is legalised, more people smoke it, more frequently, and in stronger strains.

“the cannabis industry … can’t be trusted”

This would lead to a huge increase in the number of people being treated for cannabis-induced psychosis and schizophrenia, the top psychiatrist warned.

Last year, Sir Robin and fellow researcher Dr Marta Di Forti launched a clinic specifically for patients suffering from psychosis as a result of cannabis use.

Di Forti, also of King’s College, said there is “a crisis of high potency cannabis that we can simply no longer ignore” and that the clinic is responding to that crisis.

She said: “For years, desperate families have been unable to access the treatment their loved ones need and they have simply fallen through the cracks. This kind of clinic is more urgent than ever.” 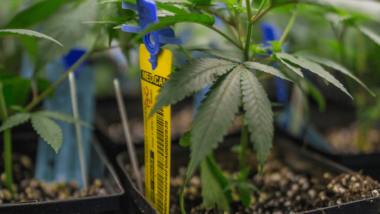