Legalising drugs would not fix the problems of drug abuse or criminal gangs, a Chief Constable has warned.

But Andy Cooke, who leads Merseyside Police, said criminals would carry on finding ways to wreak pain and suffering.

Speaking to the Daily Express, the senior officer said: “I don’t want to see drugs legalised.

“It isn’t going to solve the problem of people taking other drugs and it is not going to stop the violence.”

The Chief Constable added that criminals will use “any commodity they can to make money and are totally uncaring about the impacts on others”.

In recent weeks, the Police and Crime Commissioner for North Wales was criticised for indicating support for decriminalisation.

Welsh politician Darren Millar said: “Our Police Commissioner should be helping the police to enforce the law, not encouraging people to break it.”

And in October 2018, ex-Metropolitan Police chief Bernard Hogan-Howe suggested it could be a time to radically change drugs policy.

He said a body of experts should be established to “look at the accumulating evidence on legalisation with open minds”.

But the mother of a man who died after experiencing cannabis-induced mental illness rejected the idea.

Janie Hamilton’s son was diagnosed with testicular cancer in 2014 but doctors believe his psychosis led him to refuse treatment.

“I could never bring myself to endorse the legalisation of a drug that derailed my son’s life and so many other young people’s that I have seen in mental health wards”, she said. 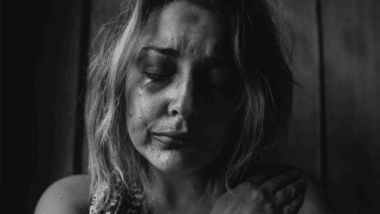 Britain branded the ‘drug capital of Europe’ amid addiction crisis