A Finnish MP is facing more police action over her mainstream Christian beliefs.

She was previously questioned by police in June 2019 after criticising her denomination’s support for an LGBT event.

Last year, the long-serving MP shared Romans 1:24-27 online, and added: “How can the church’s doctrinal foundation, the Bible, be compatible with the lifting up of shame and sin as a subject of pride?”

She was already facing police action over a leaflet she wrote 16 years previously outlining the Christian teaching on sexuality.

Prosecutors have now opened additional investigations regarding some media interviews she has given.

Räsänen said: “Many, especially the young people, are afraid that if you are labelled as a Bible-believing Christian, it will hinder your career and social acceptance.”

But the former Minister has also spoken of her “wonderful privilege” in receiving support and the encouragement of prayers from around the world.

She is being supported by religious liberty group Alliance Defending Freedom (ADF) International.

Paul Coleman, Executive Director of ADF International, said: “In a free society, everyone should be allowed to share their beliefs without fear of censorship.

“This is the foundation of every free and democratic society. Criminalising speech through so-called ‘hate-speech’ laws shuts down important public debates and poses a grave threat to our democracies.”

He added: “These sorts of cases create a culture of fear and censorship”.

Therefore God gave them over in the sinful desires of their hearts to sexual impurity for the degrading of their bodies with one another. They exchanged the truth of God for a lie, and worshiped and served created things rather than the Creator–who is forever praised. Amen. Because of this, God gave them over to shameful lusts. Even their women exchanged natural relations for unnatural ones. In the same way the men also abandoned natural relations with women and were inflamed with lust for one another. Men committed indecent acts with other men, and received in themselves the due penalty for their perversion. 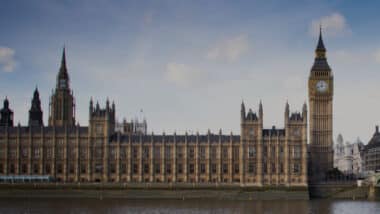